Milwaukee’s prime position on the shores of Lake Michigan, at the confluence of three rivers, made it a meeting place for Native American groups long before white settlers moved in, while the opulent mansions lining the lake commemorate the industrialists who helped make this Wisconsin’s economic and manufacturing capital.many other locations.

LDS Members make up .54% of Milwaukee, WI. The Church of Jesus Christ of Latter-day Saints reported 24,496 members in 6 stakes, 69 Congregations – 42 wards and 27 branches, and 1 mission in Wisconsin.

LDS Members have been in the Burlington area continuously since 1835. These people are the remnant of James J. Strang’s 1844-1856 settlement called the City of Voree, on Burlington’s west edge, that once numbered more than two thousand people. A commemorative historical marker was erected at the Trail of Honor Park in Black River Falls, Wisconsin, near the mills where Latter-day Saints harvested over one and a half million board feet of lumber and then floated it down the Black River to Nauvoo 400 miles away. 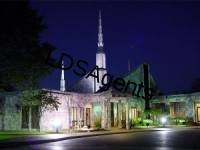 Go pedal a paddleboat on the Veterans Park lagoon, learn something new at Discovery World, or marvel at dinosaurs at Milwaukee Public Museum. From smelling the roses at Boerner Botanical Gardens to visiting Old World Wisconsin there is much to do and see all year round in Milwaukee.

Feed has no items.

Milwaukee, population 5,94,833, is the main cultural and economic center of the Milwaukee–Waukesha–West Allis Metropolitan Statistical Area, with an estimated population of 1,566,981 as of 2012. There have been five ships of the United States Navy named after the city, including USS Milwaukee. The first Europeans to pass through the area were French missionaries.